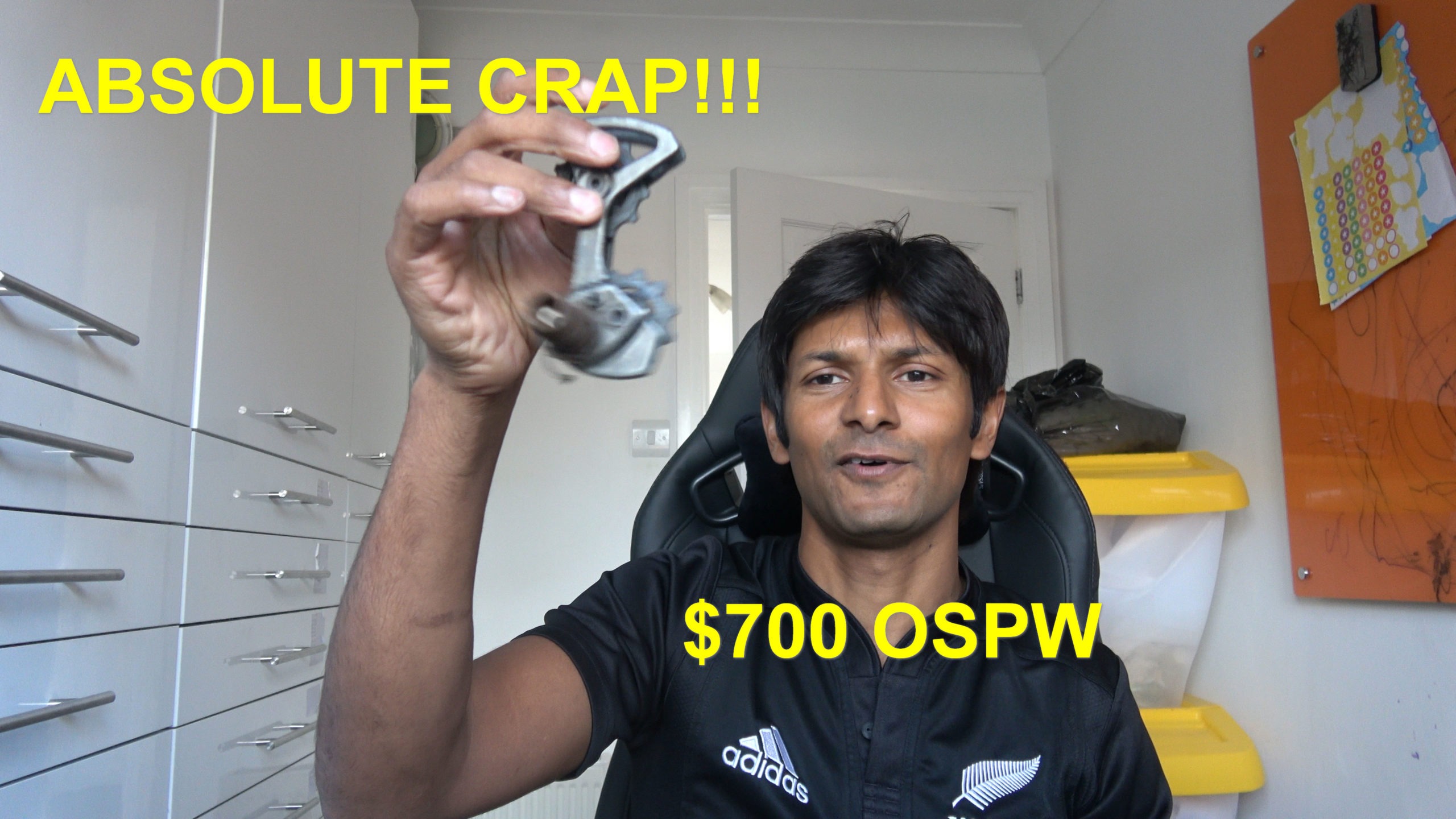 Absolute Black, a Polish company that operates a design office in the UK and claims to have several offices in other countries (albeit nobody seems to be able to find any existence of them) recently released a $700 Hollowcage Oversized Pulley Wheel (OSPW) with much funfair and some extravagant claims. This is one of the most expensive OSPWs on the market.

Absolute Black have been marketing this product aggressively throughout social media. Many users have Instagram and Facebook accounts that have been bombarded by targeted advertising from Absolute Black.

Of late, they have intensified their marketing and moved to YouTube. It became a subject of discussion in a recent Hambini PeakTorque Q&A session after which Absolute Black threatened Peak Torque (the publisher) with legal action.

Hambini was more upset they took aim at his hair.

The CEO of Absolute Black is Marcin Golec (a photograph of him is available here). He has a number of trademark applications that he has filed with an office in Munich that relate to Absolute Black products and a perfume brand called Monaci. Interestingly, the registered filing address on the trademarks is a Virtual Office in the UK and not one that is owned outright. Given that Golec is keen to point out the multi-national status of his company, it seems somewhat misleading.

Golec describes himself as a “Polish/British” Engineer with a background in physics and CAD. In the about page on his website, he has stated he was a former employee of Trek Bicycles.

Many believe it is Golec who is in charge of Social Media posts for Absolute Black. They operate the with the username absoluteblack.cc on YouTube and Instagram.

The issues presented in the discussion revolved around what appeared to be questionable claims on the Absolute Black Hollowcage Product page. Some of these claims are summarized below

It is of note that Absolute Black did not want to reveal the university that conducted their claimed research despite being asked on no fewer than 20 occasions.

Absolute Black responded on both videos from Peak Torque and The Hambini YouTube channels. None of their comments were deleted by either of the two channel operators.

Absolute Black responded with over 50 comments on the Hambini Channel alone and their comment was pinned to take prominence over the others. This was left up for a period of approximately 36 hours before Absolute Black deleted all of their comments, and some 200 child comments of the primary comment.

The response on YouTube to their conduct was scathing. Many users were reporting that any questioning of their data on any social media platform was greeted with a block and deletion. Many users were dismayed by their futile attempts to describe ceramic bearings as both brittle and tough at the same time, describing cage flex as a desirable characteristic and some bizarre comments about eggs.

This is not uncharacteristic of Absolute Black. They had a similar response to a slowtwitch user who ended up with a broken Absolute Black Hollowcage OSPW.

Absolute Black went further and blocked the Hambini Video to all UK viewers.

Absolute Black banned the critical analysis of their hollowcage rear derailleur from UK viewers. Leading many to use VPNs and Odysee to circumvent the censorship. The subsequent roasting of the brand on Social media was inevitable.

Viewers in the UK can still see a copy of the video on Odysee.

AbsoluteBlack block anyone who questions their data

Further users have been commenting in their droves that any comments about their testing systems are swiftly removed from their social media with an accompanied block. Here is just one example.

A complete lack of understanding of Tribology

AbsoluteBlack have used a Hambini video which was entitled ceramic vs steel bearings (You can watch here) to highlight the reasoning their pulley wheels do not spin. Their statements and the context of the video highlight their apparent lack of understanding of any basic tribology and reference a “special type of grease”. They have suggested that free spinning is a marketing ploy, which would be correct in loaded applications such as bottom brackets or wheels. In the case of rear pulley wheels, these items are not heavily loaded and many lower tier groupsets use brass or nylon bushings. Nylon bushings would be unsuitable for any loaded application, they would wear quickly.

Their statements are contradictory and quite alarming given their apparent extensive research conducted at a “Top Portuguese University” which also claimed ceramic bearings are both tough and brittle at the same time.