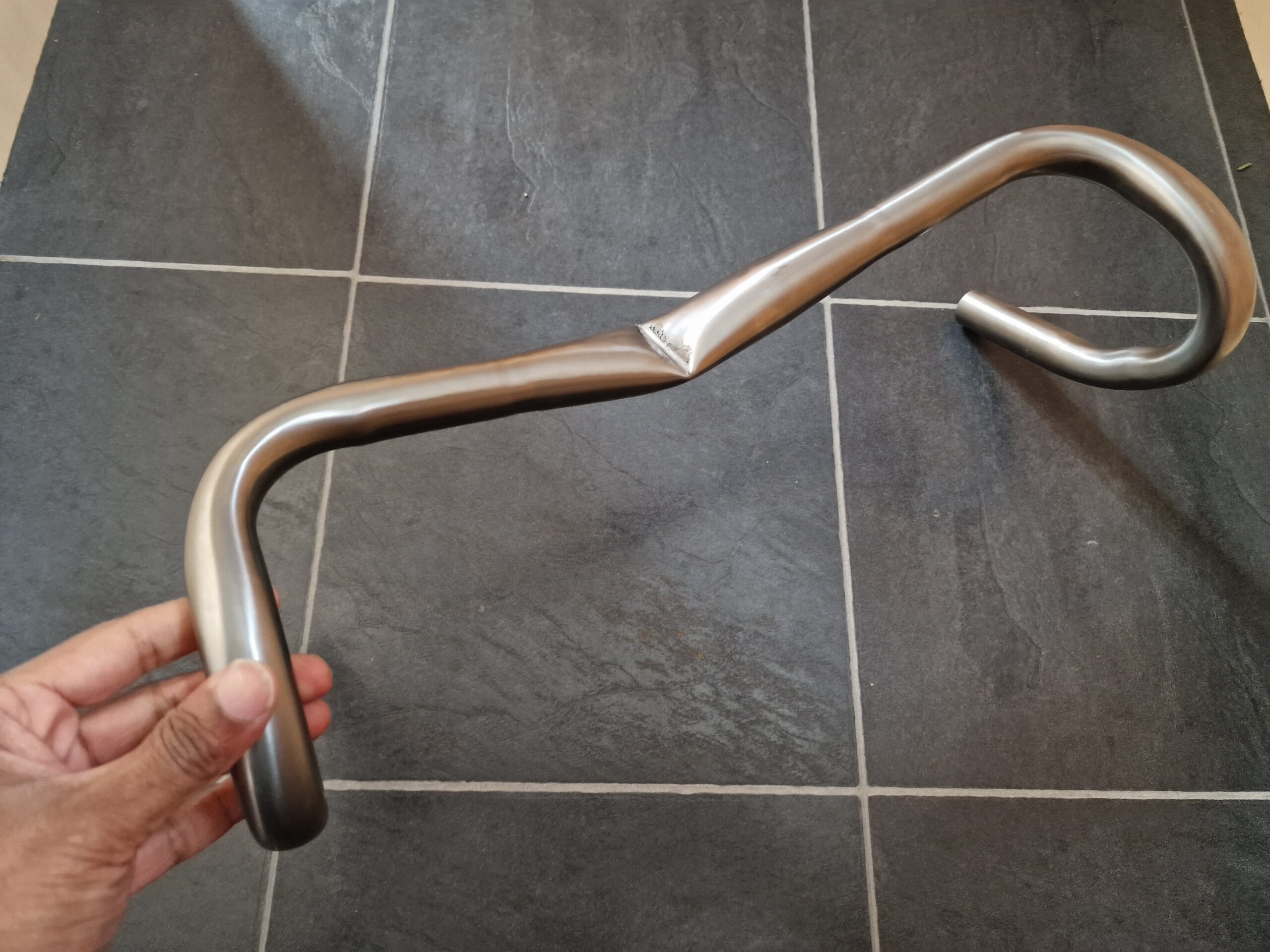 A viewer of the Hambini Youtube channel was on the lookout for some new titanium handlebars for his bicycle and found a Chinese company called Comeplay which specializes in titanium production. The handlebars retail at $180 and are available in a range of sizes and angles to accommodate most user requirements

There are a lot of choices when it comes to bike handlebars. You can go with aluminium, carbon fibre, or even titanium. So why choose Titanium? Titanium is strong and lightweight, making it the perfect choice for handlebars. Comeplay Titanium Handlebars are some of the strongest on the market (see below) and cheap too!

Aluminium is by far the most popular choice for handlebar materials. Caron fibre is lightweight and comes with a significant cost increase. By comparison, Titanium has been prohibitively expensive.

6061 Aluminium is strong for its weight. It has a yield strength of about 240MPa 38,000 pounds per square inch (psi). This means that it can be bent or stretched until it reaches 240MPa without breaking. Aluminium also has a tensile strength of about 290MPa 45,000 psi, meaning it can be pulled until it reaches 45,000 psi without breaking. These strengths make aluminium a good choice for parts that need to be strong yet lightweight.

Carbon fibre composites are widely used in the aerospace, automotive, and sporting goods industries because of their high strength-to-weight ratios. The carbon fibres are extremely strong and stiff, while the resin matrix is relatively lightweight. This combination results in composites that are up to five times stronger than steel and twice as stiff. However, the resin matrix can also be brittle, so care must be taken during fabrication and handling to avoid damage.

Handlebars are semi-made to order and standard sizes can be found off the shelf, whilst any amount of customization is available. In this case, the review sample had 42cm C-C with a central 31.8mm clamp diameter with a 1″ reduction in flaring towards drops which were formed by composite radial bends having differing radii.

The boundary geometry was generally very good, the ultimate centre of the handlebar drop end had a misalignment of approximately 2mm in the lateral direction. Following external consultation, this tolerance is considered to be excellent.

Without a dedicated jig to test handlebars, it is quite difficult to ascertain the strength and stiffness between suppliers. Hence it was decided to subject a set of Aluminium handlebars and Titanium handlebars to some basic stiffness testing with a large hydraulic press. The test plotted the system pressure against the ram position.

This test did not look at the vibration damping (compliance) or comfort aspects of the handlebars as these elements are very much user preference.

Photos of the creased structure are shown below

It’s likely a rider would feel the reduced wind up (slack to take up the load) with the Ti Handlebar over the aluminium handlebar. This “feeling” is often perceived by cyclists to be the inherent stiffness.

There is a general thought amongst many people of poor quality emanating from Chinese manufacturers. There is little doubt that ComePLAY’s marketing would be considered to be borderline comical by western standards but their handlebars were found to be well-made, very stiff and extremely strong. The cost of $180 is very reasonable given the raw material cost. It is not difficult to recommend these handlebars.

The likelihood is most people will not notice the difference between titanium handlebars and aluminium handlebars from a structural perspective unless they are heavy or engaging in hard efforts like sprinting. The low wind up defelction is a nice benefit.

The handlebars do have a slight weight penalty although the unit which was tested is quite wide. 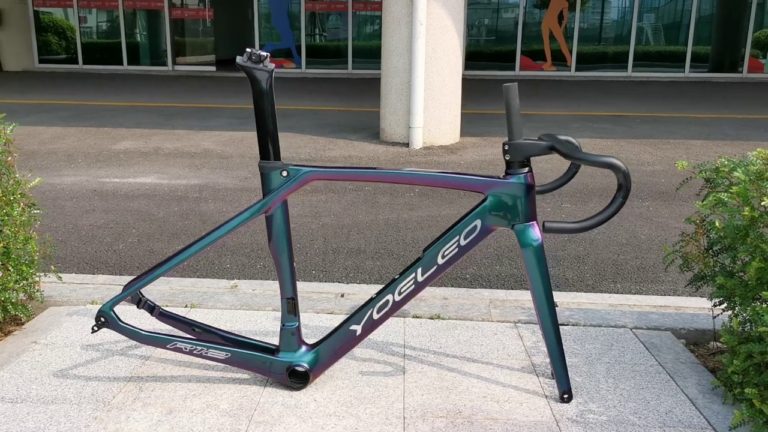 Here is a video posted by The Unabiker on YouTube. In it he describes some of the problems he had with his Yoeleo frame and specifically trying to fit a Hambini Bottom Bracket into it. Yoeleo have historically had decent tolerances but it shows that nobody is immune. The check to get it fixed and… Paul Green of Paul Green Vlogs got in touch about some problems he’d been having on his Trek Checkpoint bike. He had gone through bottom brackets at quite an alarming rate. Almost four bottom brackets from different manufacturers had become unserviceable in a relatively short time. The failed bottom brackets consisted of a few Shimano OE units and most recently a Thread Together type BB from Wheels Manufacturing. The bottom bracket type was BB86 and the frame was made of aluminum. 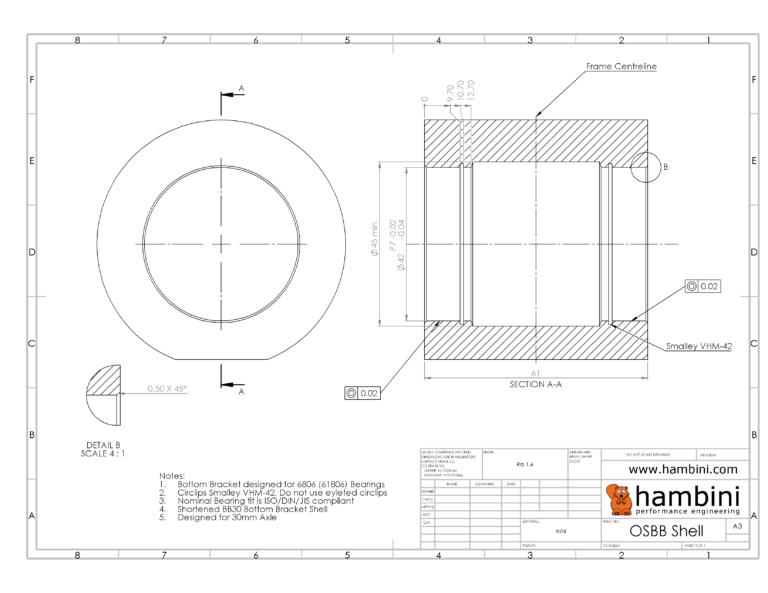 Introduction A question that crops up frequently is with regards to Specialized’s OSBB bottom bracket and what size it is exactly. The short answer is OSBB comes in 3 variants which are all called OSBB. 46×61, 42×68 and 46×73. A summary table is below, with the detailed drawings below that. Variant (Diameter x Width) (mm)…

Cycling aerodynamics in recent times has been dominated by “wind tunnel data” used by vendors to highlight the benefits of their particular wheel or frameset. This data has often been shrouded in marketing spin accompanied by some lavish blurb about yaw angles. However, there has been a recent trend towards discounting this data or at… 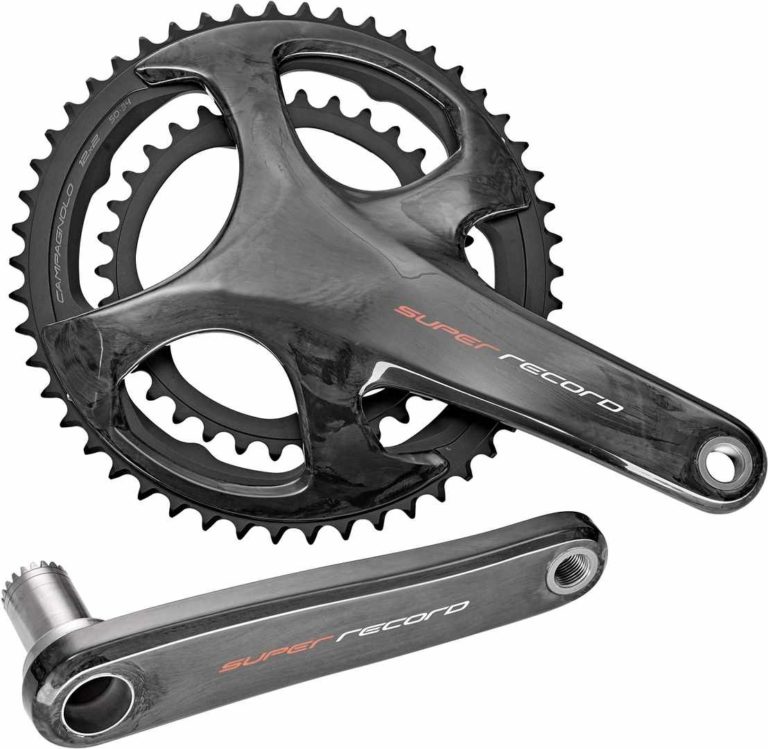 Campagnolo cranksets have a reputation of being well engineered and robust but they are not without their problems and quirks. This post explains one of those in detail which surrounds the myths of the preload system, the “safety clip”, the system stiffness (or lack of it) and the involved nature of a bearing replacement. Campagnolo Ultra Torque is found on many of the upper range of Cranksets including the Super Record and Record.