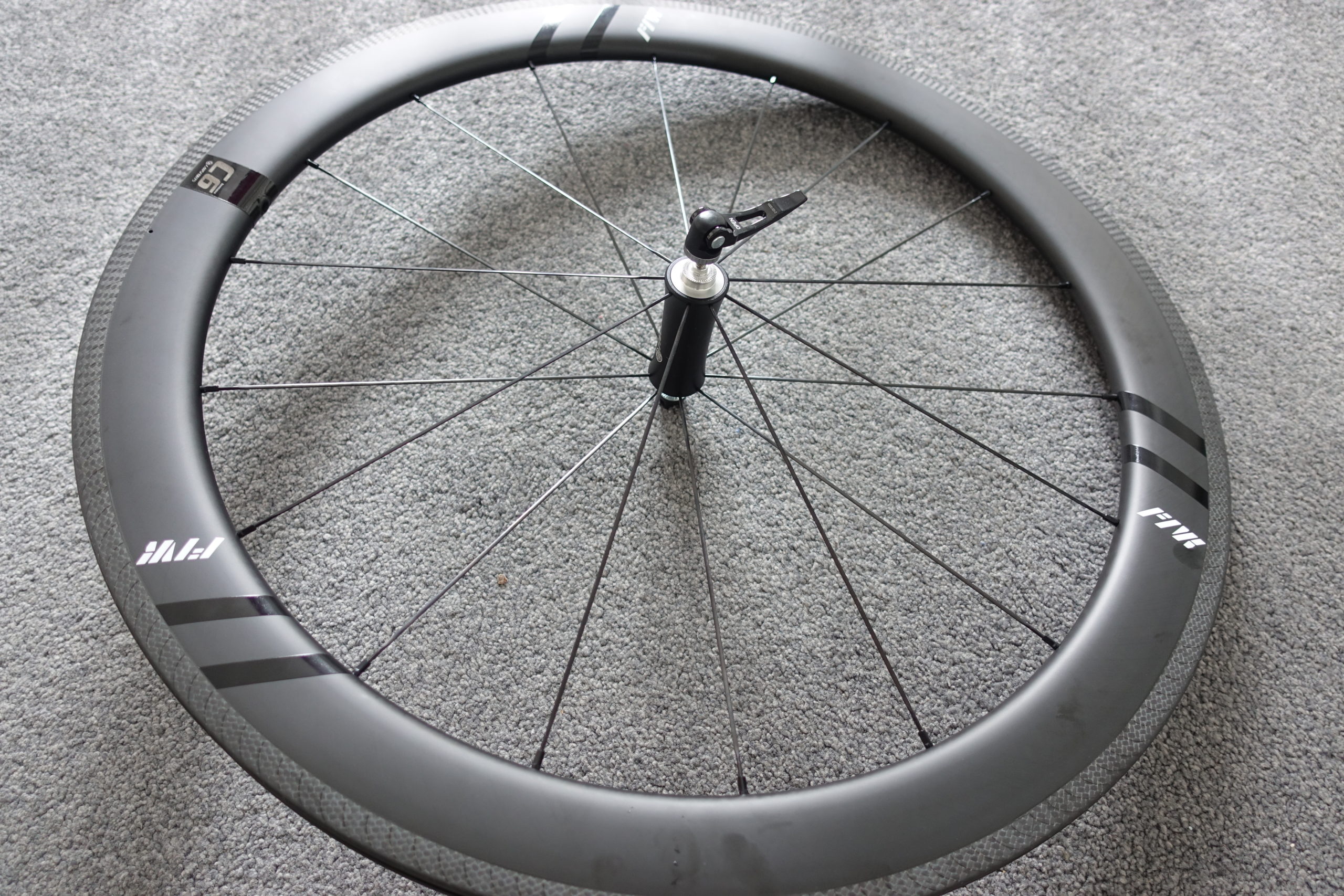 Farsports are a Chinese company that has been in the wheelset business for a number of years. Their products have been widely used amongst budget conscious riders wishing to get the best bang for their buck by buying directly from the far east.

This wheelset is their Ventoux model which has been sold in China for several years and now is being sold all over the world.

The wheels feature a 56mm deep wheel rim, with approximately 26mm width at the brake track. The wheels were quoted as being made of UD carbon fibre. The spokes were steel Sapim CX Ray. Farsports are a distributor for SAPIM in china. The rim itself is quite blunt on the trailing edge.

The rim is primarily designed for tubeless tires, there is an internal pair of lips to hold the rim bead in position. The rim appears to have been made in quadrants with four clear seams being visible on the periphery.

The brake track has machined grooves into the surface to aid water dissipation. It’s also likely the grooves are more aggressive on the brake pads and subsequently contribute to the exceptional braking performance of the wheels.

The rear hub is of an interesting design. This particular hub was specified for Shimano. XDR and Campagnolo freehubs are also available. A common problem with freehubs is cutting of the cassette into the splines, this often causes creaking and makes removal difficult. In this hub, there is a hardened insert on one of the drive splines to prevent this happening. This insert is replaceable.

The video below shows an overview of the wheels and describes some of their traits. They are extremely well made and have good aerodynamic stability over a wide range of conditions.

There is a discount code that has been supplied by Farsports on wheels that are over $1000 USD which is Hambini50. This is not an affiliate link so no commission is received.